CFO in the Know: Getting acquired in a 'snack-eat-snack' market

Small food companies often form in hopes of acquisition by giants like Hershey or Mondelez. How can CFOs best help their companies prepare for such large-scale acquisitions?

In the food industry, a small, homegrown company often exists with the primary objective of being purchased by a large corporation.

This may sound counterintuitive; why upset the entirety of your balanced structure, and risk losing your entire executive board and selling off your products to an industry giant? Not to mention, mergers and acquisitions in the food industry can be especially fraught within the market ebbs and flows, and customers can turn on a long-beloved product overnight.

But for small food companies with perhaps one or two best-selling drugstore aisle snacks, a quiet and seamless acquisition might be the goal. Big food conglomerates spend billions of dollars every year acquiring smaller, niche food companies in an effort to expand their reach into snack or drink markets that are having a moment.

In 2017, The Hershey Company acquired SkinnyPop parent company Amplify Snack Brands, along with its complete product portfolio, for $1.6 billion.

At the time, Hershey CEO Michele Buck called the Amplify acquisition vital to the company’s journey towards becoming "an innovative snacking powerhouse." She considered Amplify an ideal subsidiary to let Hershey — famously a sweet-not-salty company —​ "bring scale and category management capabilities to a key sub-segment of the warehouse snack aisle."

But Hershey was not the only winner of the deal in bolstering its portfolio.

Amplify (whose pre-acquisition CEO, Tom Ennis, has remained at the helm) had previously gone public in 2015 after SkinnyPop attracted huge popularity nationwide. But in the subsequent two years, its stock had dropped over 50%, and the company struggled against larger, better-financed competition.

News of the Hershey deal swelled Amplify’s stock by 70%, CNBC news reported. And at the time of closing, Amplify and Hershey leadership gave an expected annual synergy payout of about $20 million over the first two years from cost savings and portfolio optimization.

Hershey's purchase of Amplify was preceded by years of smaller acquisitions; it acquired beef jerky seller Krave Pure Foods in 2015 and the maker of "healthy" chocolate bar barkTHINS a year later.

The big-corporation-buys-niche-brand trend is everywhere. Just before Amplify ducked under the Hershey umbrella, Kellogg announced its $600 million acquisition of RXBar, and Mars invested in KIND Snacks at a total valuation between $3 and $4 billion.

The value in the sale

Mark Cole, global finance executive, was working at Kraft when Philip Morris combined with General Foods. "It was supposed to be a merger," he told CFO Dive. "It started out as a merger, but you need one culture, otherwise the company won't be successful, because you'll have two different points of view on how things should be done."

Cole said that until they actually changed the name to Kraft, the joint company struggled, but afterwards "was able to be a lot more successful."

With companies changing hands, and with an unpredictable and often volatile food industry market, how can CFOs of smaller, independent businesses best prepare to be acquired by a corporation with ten times their resources? Is there a superior way to better position a company to sweeten the deal for the acquiree?

You need one culture, otherwise the company won't be successful, because you'll have two different points of view on how things should be done.

Asked whether he sees a trend of small food companies existing and growing in hopes of being acquired by a Hershey- or Kellogg-like giant, Cole said yes. And no.

"There are some smaller, homegrown companies that want to keep it in the family," he told CFO Dive. "But I would think that the majority are looking for one of these larger national brands to acquire them."

Another CFO and food industry veteran agrees with him. Before stepping in as CFO of logistics and supply chain company BNSF in 2018, Bill Dering was at the forefront of food industry deals. He worked as senior director of corporate development and strategy and finance at Kellogg for six years, during which time he led the 2012 Pringles acquisition for $2.5 billion. In 2016, he stepped in as senior vice president of strategy at WhiteWave Foods, which was acquired by Danone in 2017.

Acquisition, Dering said, is largely a good thing for small food companies. The giants, like Hershey and Mondelez, "have a much bigger and stronger distribution network," Dering pointed out. "They also have the ability to negotiate better trade and retail pricing, and to expand geographically, in some cases internationally."

To take full advantage, these smaller CFOs, Dering said, must prioritize building a strong business with competitive differentiation. "You can get very technical [about building] stronger controls and all that," he said. "But if your goal is to [be] acquired by a bigger player, the best thing you can do is build a differentiated product and brand. That's where the value will be for the bigger company."

Dering breaks the differentiation strategy into two parts. First: building a differentiated product. "Typically," he said, "that innovation is something that's maybe healthier, [with] better nutrition credentials, and is unique. Then you build a brand around it, [with] a loyal consumer following."

If your goal is to [be] acquired by a bigger player, the best thing you can do is build a differentiated product and brand.

If the smaller company manages to do that, the bigger company will take note, Dering said. "They want to buy a brand, and a set of products, that already has some scale, and that is tough for them to build internally. Then they can take it, and put it through their distribution network, and do much more with it."

Dering’s two priorities for CFOs, simply put, are investing in a pipeline of differentiated innovation, and building the brand. Period. "There are a bunch of other things, but those two are the biggest things you can do," he said. "Everything else is a distant third, fourth and fifth."

Cole’s number one priority takes a different perspective. "It's the staffing," he told CFO Dive. "It's making sure that the people on your staff are willing to stick around."

The catch-22 of staff retention

From a CFO standpoint, Cole said, his biggest concern would be, "Am I going to have [people who] know the business to help me to transition it to the new owner?"

In some cases, people are willing to stay, and in other cases, the new owner may not necessarily want the people to stay, if they have a shared service center, or if they aren't particularly happy with the quality of the finance and accounting staff, Cole said.

"The challenging part is, a lot of this stuff is very sensitive, so you can't necessarily communicate anything to most people on the staff until it's pretty much a done deal," he said. "Managing that transition is one of the key challenges."

Another, Cole said, is systems. "How do you continue to provide the financial reporting and the financial analysis based on what's coming out of the systems?" he asked. "Typically, the company that's being acquired is on some homegrown, smaller system. How quickly can that be tucked in?"

Cole understands the importance of integrated systems firsthand. He headed various finance and supply chain managerial roles at Mondelez International between 2005 and 2010. From 2014 up until its purchase by Danone, Cole served as CFO of Earthbound Farm Organic, a subsidiary of WhiteWave Foods.

"If you have to do a full-blown implementation, like I had to do when I was at WhiteWave, that can bring you to your knees," he said. "And it did. WhiteWave was a public company and Earthbound Farm wasn't. We had to quickly get the controls in place, which required a big system upgrade, because a lot of the control weaknesses were related to [the old] system."

Dering confirms this. "Once an acquirer buys you, they're going to have their own forecasting process, [and] their own set of controls that are going to get installed," he said. "So you can't have inaccurate books."

Another vital error, Dering says, is to flood the market with inventory in the lead-up to being acquired. "We've seen companies, in an 18-month period leading up to [us buying them], lowering the price of their products [by offering] bigger trade discounts at the retail level," he said.

This maneuver can occasionally give the company’s income statement the appearance of having greater momentum. But, Dering said, "a smart buyer uncovers that you've trained the consumer, and that this brand isn't a premium brand. That's the risk, and over time, you’ll do some damage."

Despite their disparate lines of attack for CFOs, Dering and Cole agreed on one major focal point: future-focused strategy.

"I think CFOs should ask, 'what's the strategy to get the acquired company on a new system, if it makes sense?' If it doesn't make sense, how can you make sure that, from a standalone standpoint, the company can continue running, but also provide the necessary financial information to consolidate the results at a high level?"

At the end of the day, what's going to drive the most value is the business strategy.

Cole’s bottom line: "Make sure you have the right approach, and the right strategy, from a systems and supporting standpoint."

Dering concurs. "At the end of the day, what's going to drive the most value is the business strategy, and the competitive differentiation that you build," he said. "As a CFO, I would think about how to invest with the profit and loss statement, and capital, and my resources to deliver that." 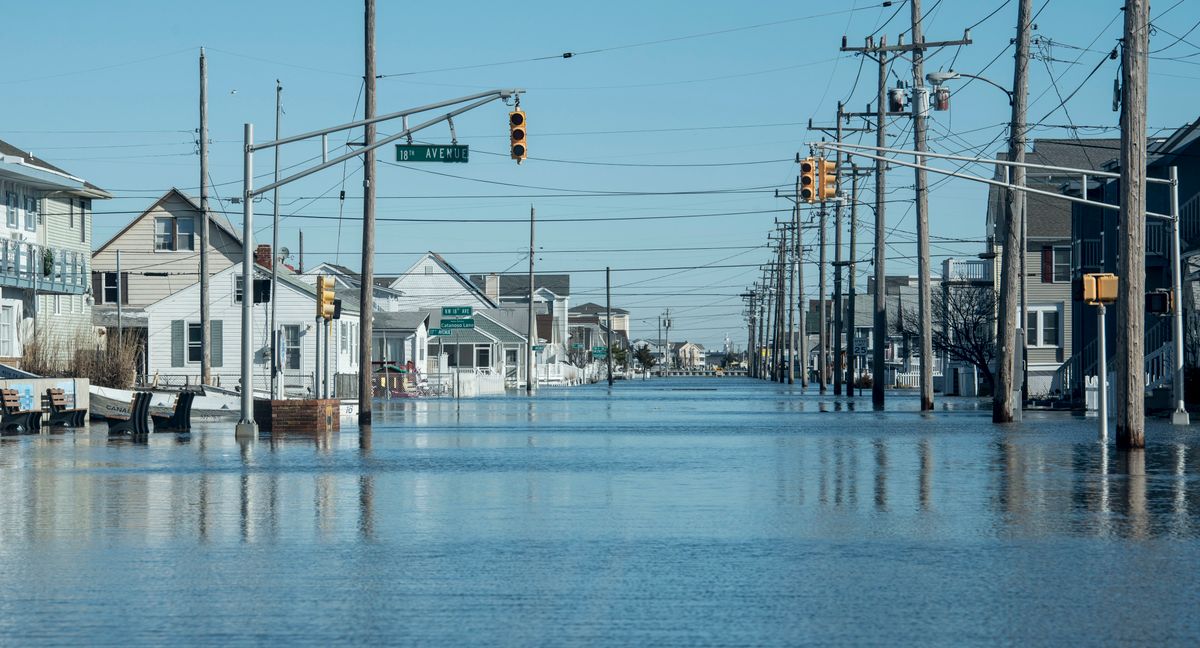 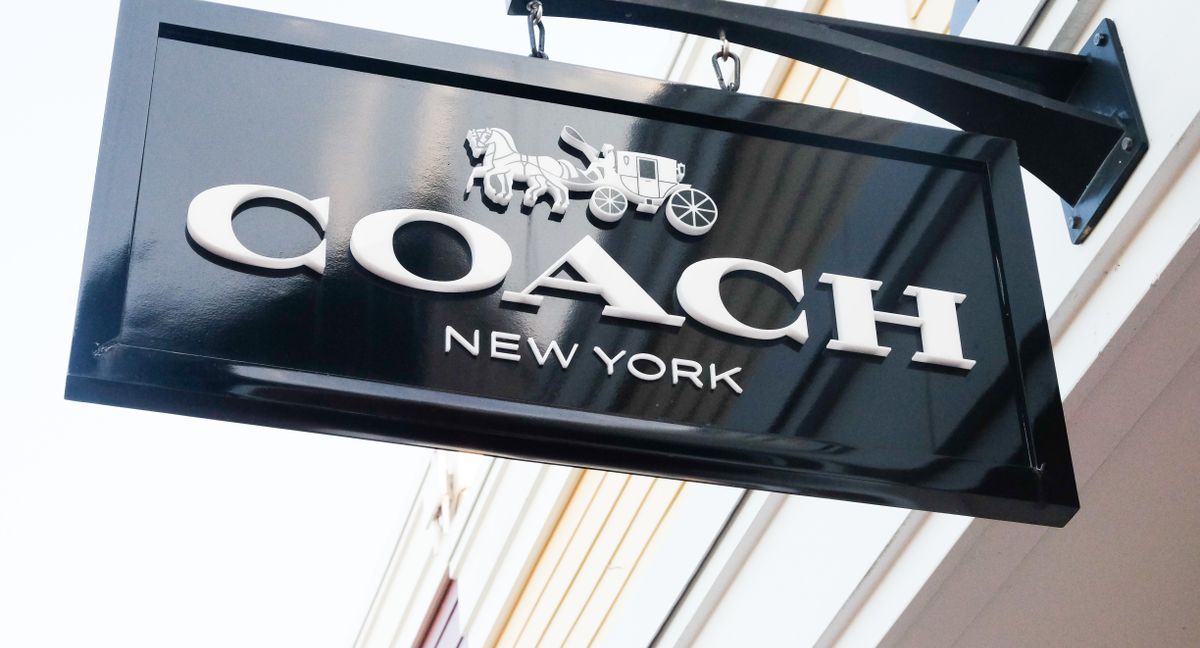 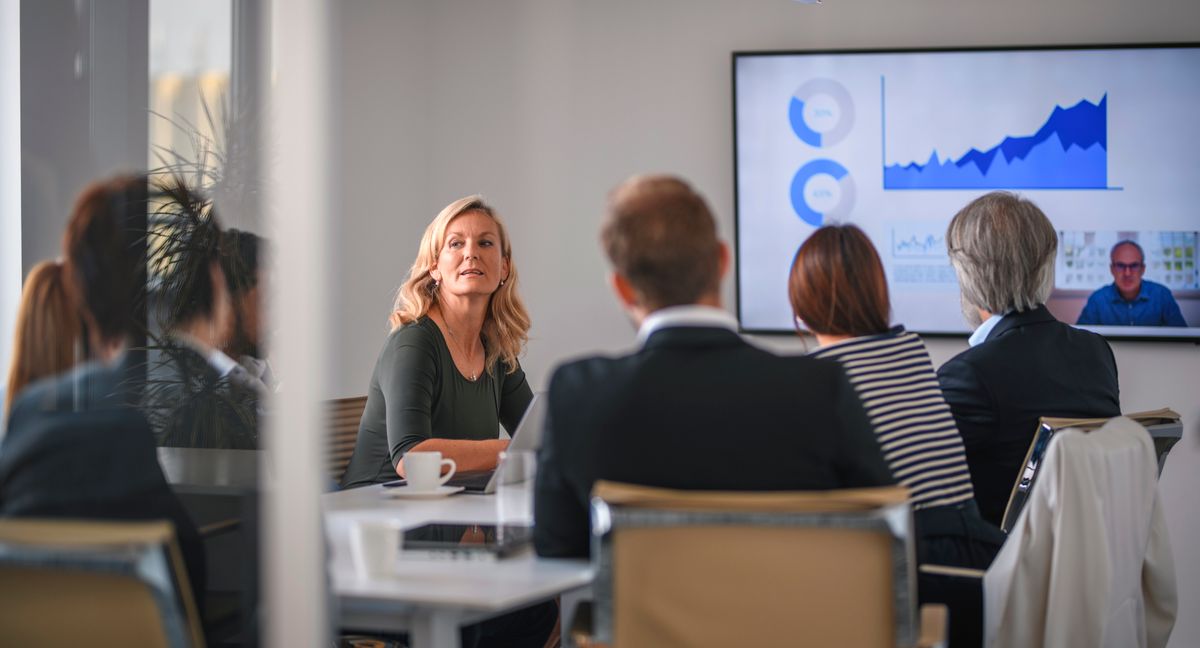 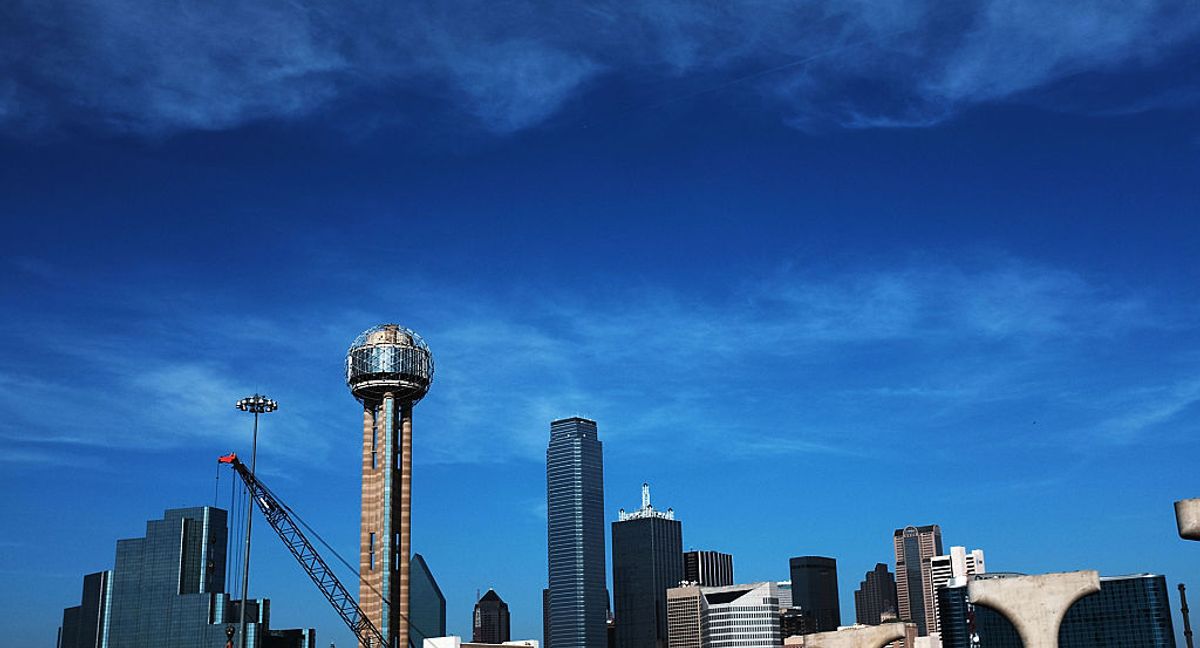 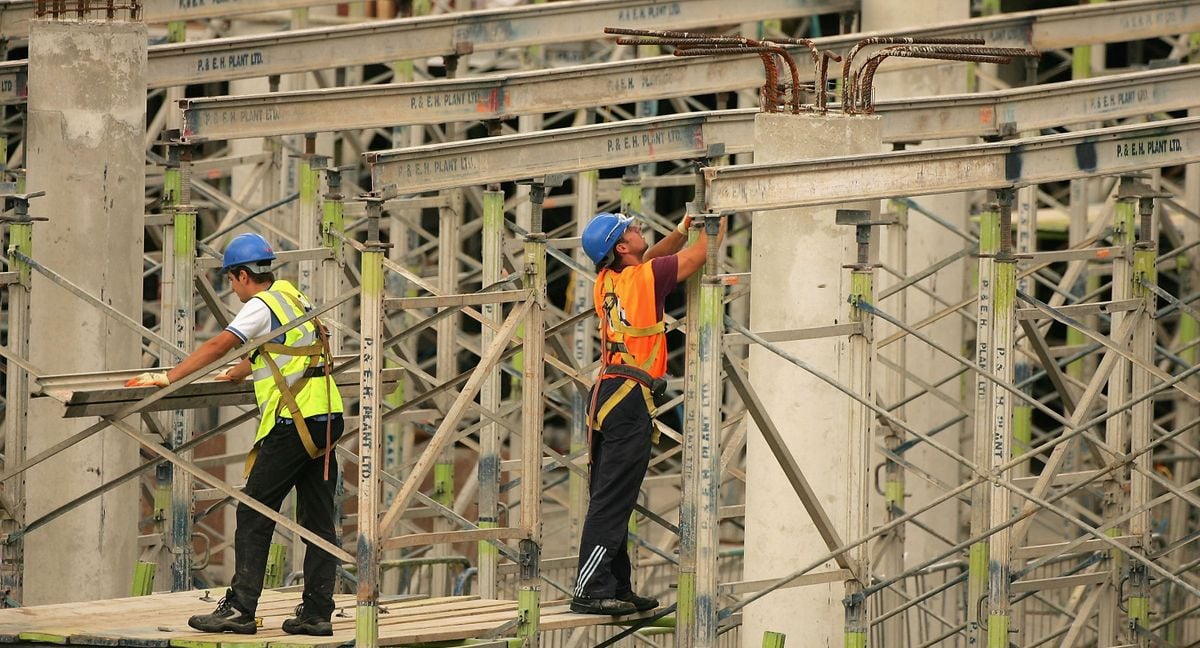 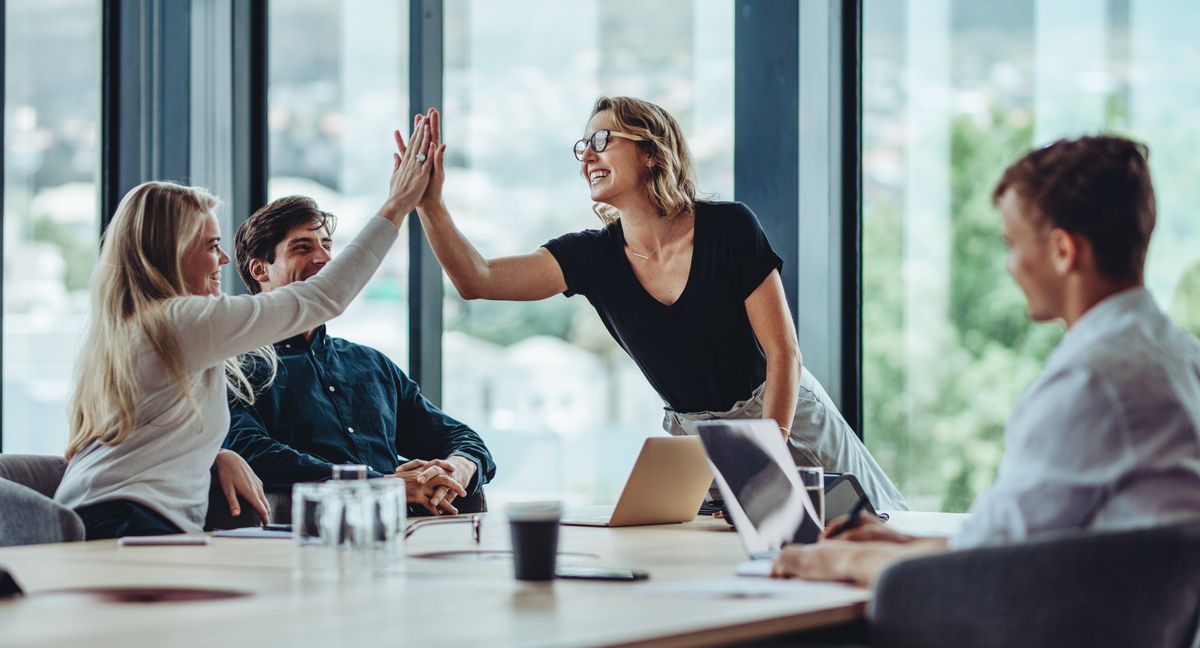