COVID-19 and ESG disclosures, information controls, and SPACs could get increased scrutiny along with accuracy of filings as part of Biden’s SEC approach.

CFOs can expect greater scrutiny of their company's financial disclosures and control processes by the Securities and Exchange Commission (SEC) under the Biden administration, attorneys say.

COVID-19-related reporting and environmental, social and governance (ESG) performance are also expected to be a focus, as are highly lucrative special purpose acquisition companies (SPACs).

"We expect to see an uptick in enforcement," John Nowak, an attorney with Paul Hastings, said in a webcast hosted last week by the law firm.

To identify problems in traditional financial and accounting disclosure areas, he said, the SEC is upping its usage of three tools: whistle blowers, a new earnings-per-share (EPS) initiative that uses AI-assisted data analytics to spot financial inconsistencies, and short-seller monitoring.

With these tools, and given an enforcement-minded SEC chief expected to be named, reporting issues like bill and hold accounting, inflated sales, channel stuffing, and non-GAAP financial metrics will come under a spotlight, he said.

"The SEC will use all of these new tools in evaluating corporate disclosures," Nowak said.

The whistle blower program, created as part of the Dodd-Frank law in 2010 to give a financial incentive to people to come forward if they feel a company is managing its finances improperly, has exploded in use. Last year, the SEC received almost 7,000 tips and paid out $155 million in rewards to 39 people, all of which are records.

The EPS initiative, used for the first time late last year when the SEC brought settled charges against a carpet manufacturer and a financial services provider, runs companies' financials through data-crunching software to see if they could be manipulating their numbers to meet analysts' expectations.

A handful of other companies were snared under the initiative a few months later.

The SEC will likely expand its use to reporting areas beyond EPS, Nowak said. "I think the SEC is going to fully embrace risk-based data analytics in trying to identify and maybe get ahead of issues," he said.

Greater monitoring of short sellers is expected, too, because comments on company performance these market participants make can shine a spotlight on numbers that don‘t make sense when studied closer, he said.

Should he get confirmed, Gary Gensler, Biden's SEC chief nominee, is expected to embrace all of these tools and other stepped-up efforts, given his enforcement focus when he headed up the Commodity Futures Trading Commission about a decade ago, said Morgan Miller of Paul Hastings.

"I Expect Gensler to have an enforcement stance similarly tough as at CFTC," he said.

Companies' handling of material nonpublic information (MNPI) is another enforcement area expected to rise, but in a different context than the typical insider trading case, Morgan said.

Insider trading charges have been trending down for a decade, in part because judges have considerable leeway in their decisions, creating a muddy picture that the SEC has had difficulty navigating, he said.

Perhaps as a way around that, the SEC has been stepping up cases involving the processes companies have in place to control how they handle information, including MNPI, which can affect market pricing.

In one recent case, the SEC fined a publicly traded company $20 million for executing a stock buy-back while it was on the verge of acquiring another company without disclosing that. The pending M&A deal was material information withheld from the public at a time the company was going out in the public market to buy shares.

In another control-issue case, a private equity firm, which had an employee on the board of a public company, bought a large number of shares, raising the question of whether it possessed MNPI at the time of the transaction.

The case wasn't about insider trading, but about the controls over the handling of the information, which Morgan said could be a back-door way for the SEC to tackle what amounted to an insider trading case.

Morgan said more cases like these are expected. "We'll see more of these kinds of fact scenarios without actually charging insider information, given ambiguity in that law area," he said.

On COVID-19, the SEC late last year indicated how it plans to handle disclosure problems when it settled charges against chain restaurant The Cheesecake Factory.

The company was hit with a $125,000 penalty for saying in its financial reports at the end of the first quarter that it was operating "sustainably" when in fact it was burning through $6 million a week and quickly running out of cash.

Nowak called the SEC action overly aggressive, because it appeared to view the word "sustainably" and some other disclosures as material misstatements, but an argument can be made that the disclosures were appropriate when viewed in a broader context.

Regardless, the case shows the aggressiveness with which the SEC wants to pursue COVID-19 disclosures, Nowak said.

"I definitely view this as a message case that certainly underscores the need to be objective when evaluating public disclosures and ensuring you have qualifying language that accompanies your disclosures," he said. "I certainly expect these types of cases to continue."

"The Biden administration and Biden himself have really made ESG a focal point," she said. "It's a pretty dramatic forward shift from the Trump administration. At the SEC, we expect to see more enhanced ESG disclosures and a focus on climate change as well as diversity," including board diversity.

Giunta said she expects the SEC to seek public disclosures regarding board diversity, with metrics.

"The Commission's going to be looking at metrics, how do we evaluate what we mean by diversity, how do you measure that?"

A rule Nasdaq proposed last month will help push the SEC to take a stand on at least the diversity part of ESG disclosures. The SEC has until mid-March to comment on Nasdaq's plan to require all companies listed with it to disclose diversity statistics and have at least two diverse members on their boards or have an explanation for why not.

"It's really going to be a focal point of this SEC," she said.

Special purpose acquisition companies will also come under scrutiny simply because so much money is being thrown at them now, Nowak said.

Just based on their growth, the SEC will be compelled to scrutinize them to ensure proper structure and management.

"There's so much money involved," he said. "I can definitely see the SEC looking under the hood and kicking the tires to discern whether or not there are issues there." 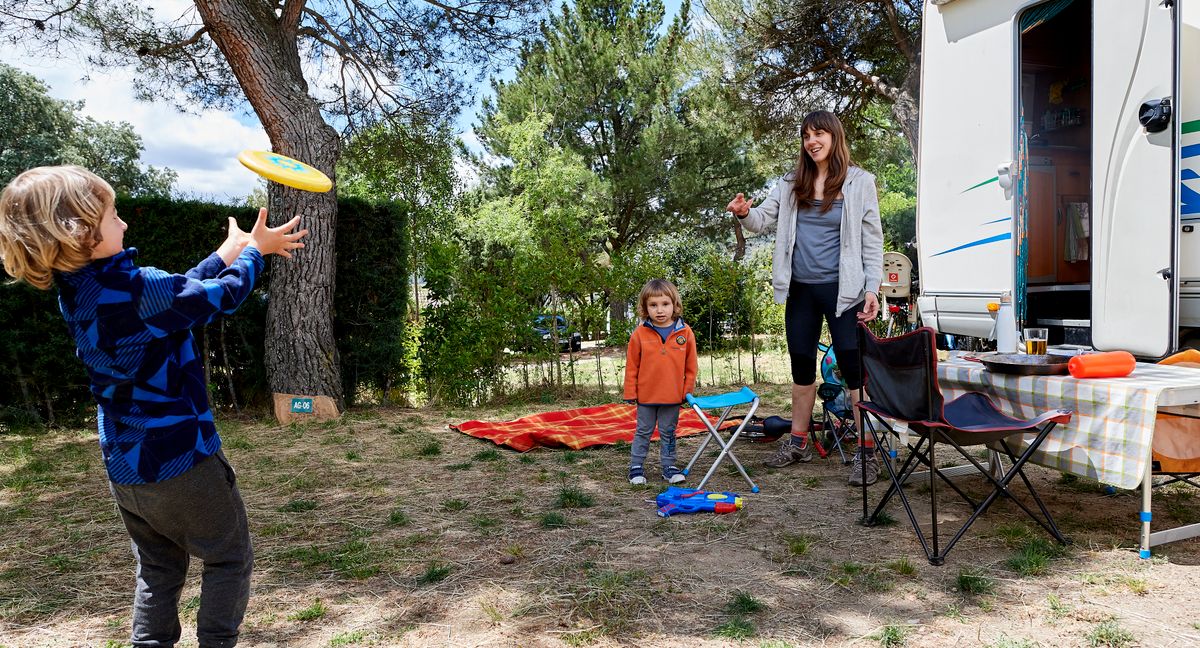 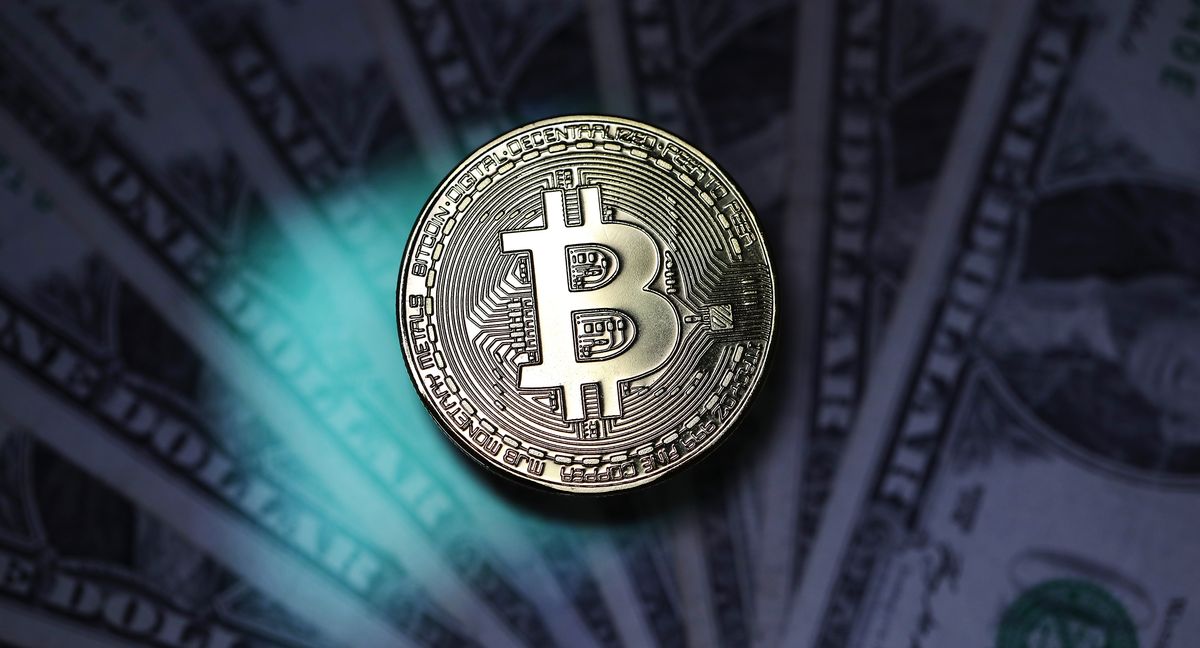 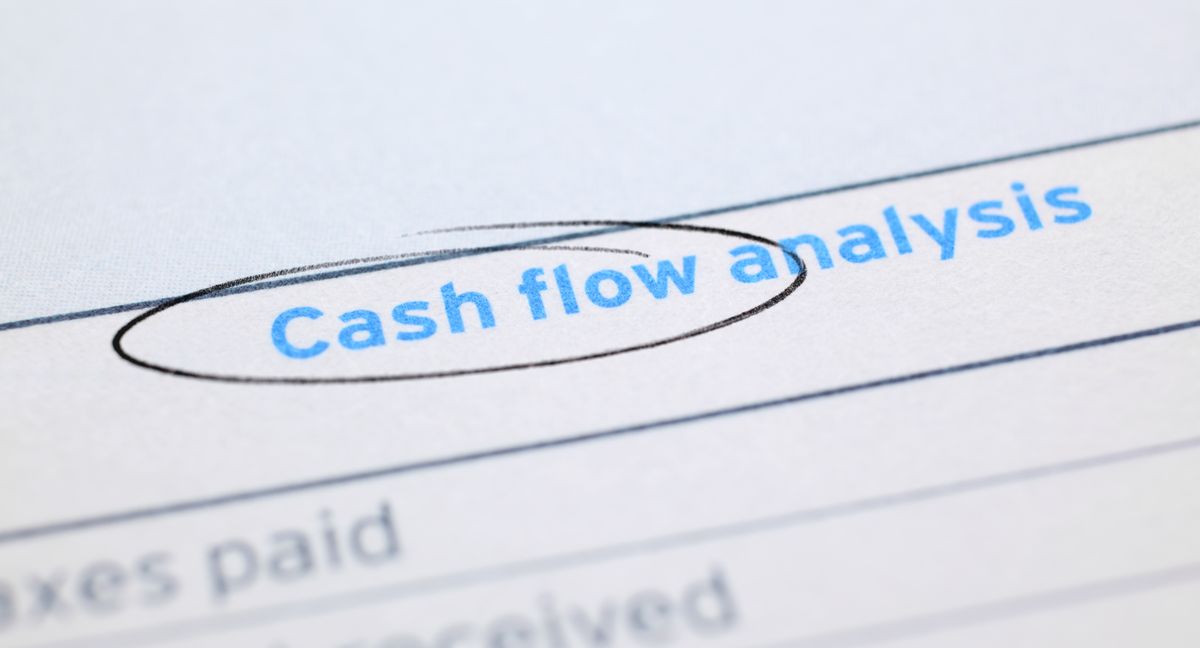 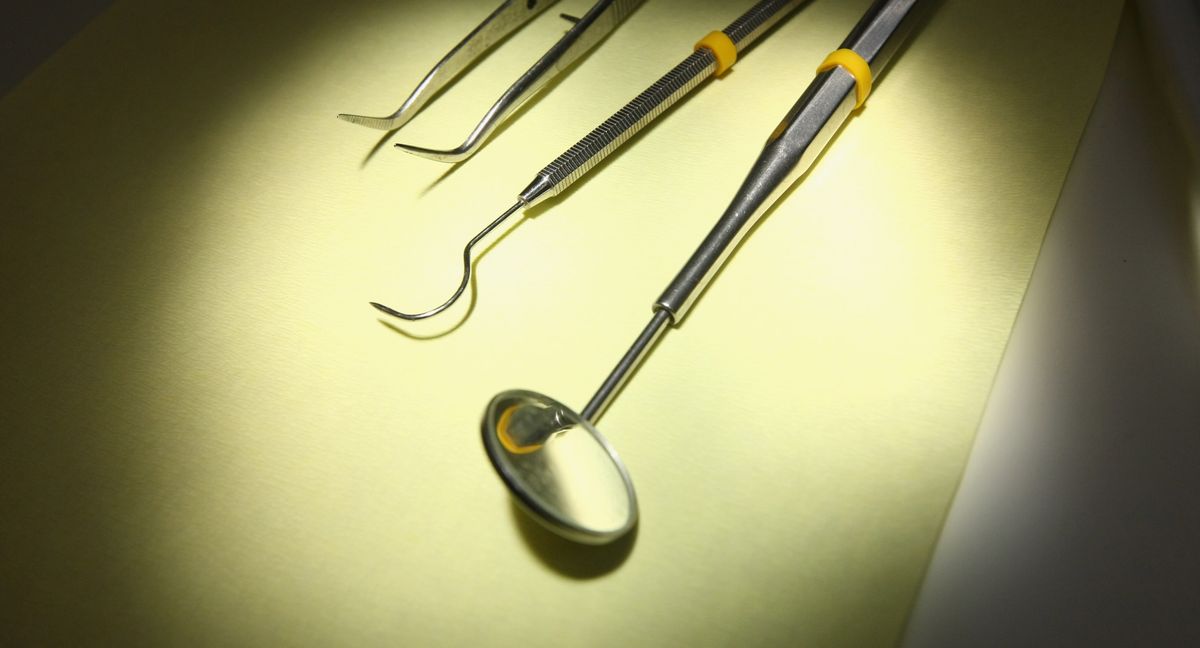 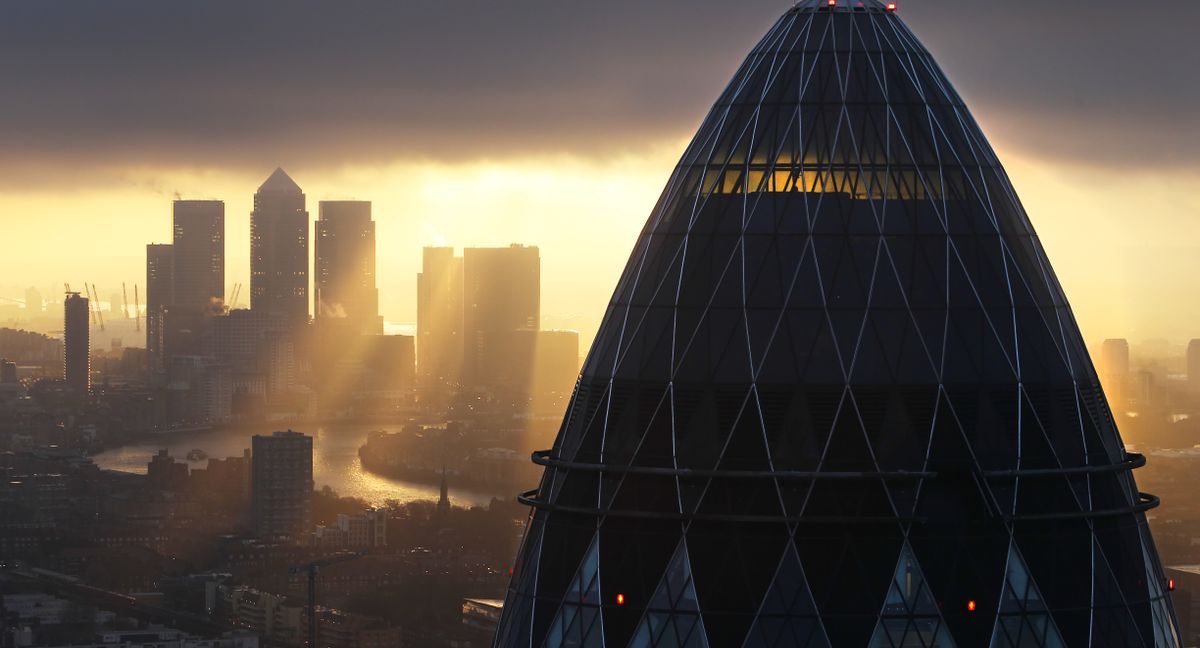 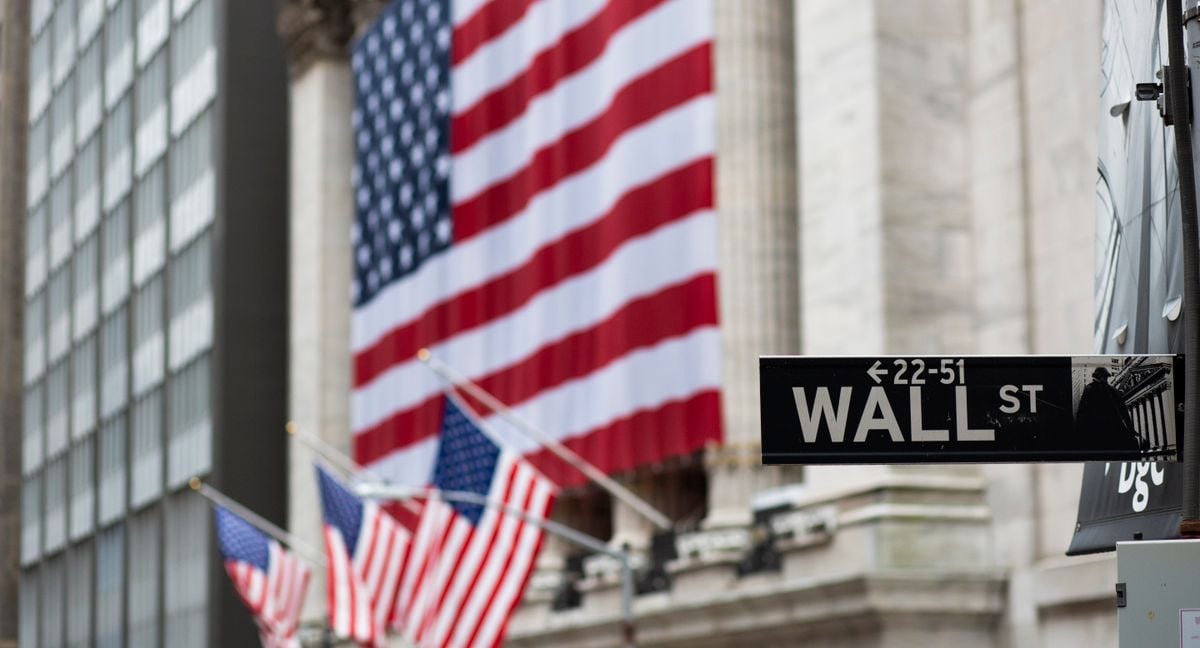 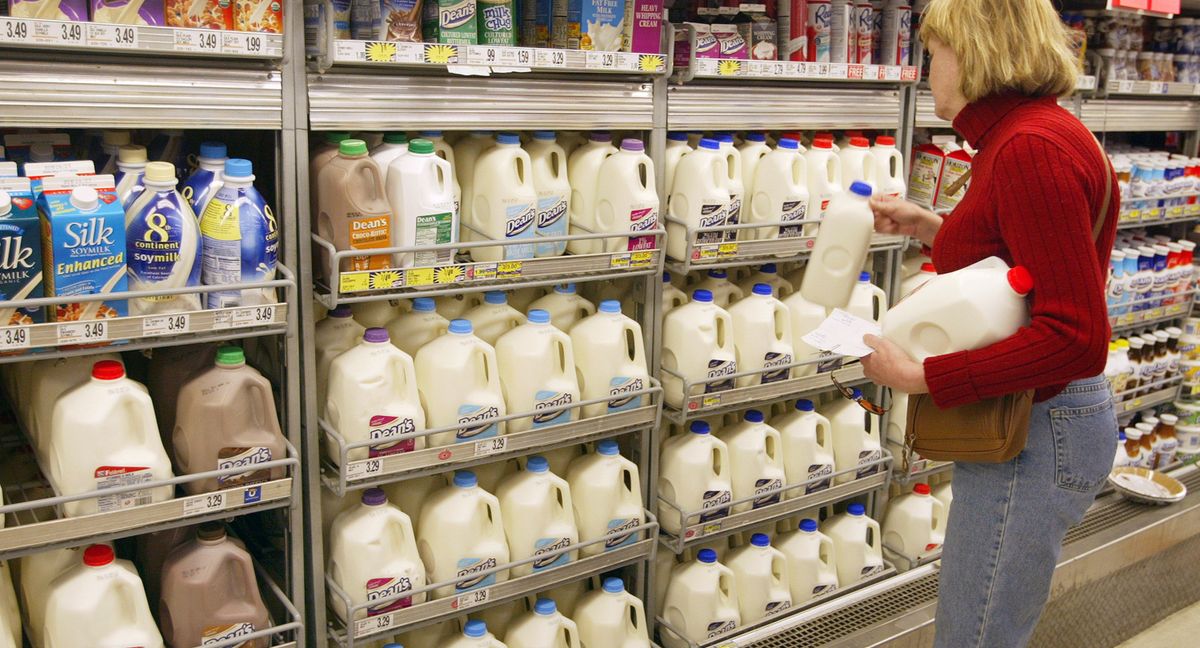 View all | Post a press release
AICPA Receives Finance Business Partner Grant for Finance & Accounting Apprentices
From AMERICAN INSTITUTE OF CERTIFIED PUBLIC ACCOUNTANTS (AICPA)
CFO Alissa Schuessler Appointed Newest Member of Burns & McDonnell Board of Directors During R…
From Burns & McDonnell
72% of CFOs Have Experienced Higher-Than Average Turnover In The Past 2 years, With Outdated M…
From Tesorio & Tipalti
Chief Financial Officers Ignoring Cyber Risk Worth Millions of Dollars According to Kroll Repo…
From Kroll
Editors' picks
Latest in Financial reporting
© 2022 Industry Dive. All rights reserved. | View our other publications | Privacy policy | Terms of use | Take down policy.
Cookie Preferences / Do Not Sell